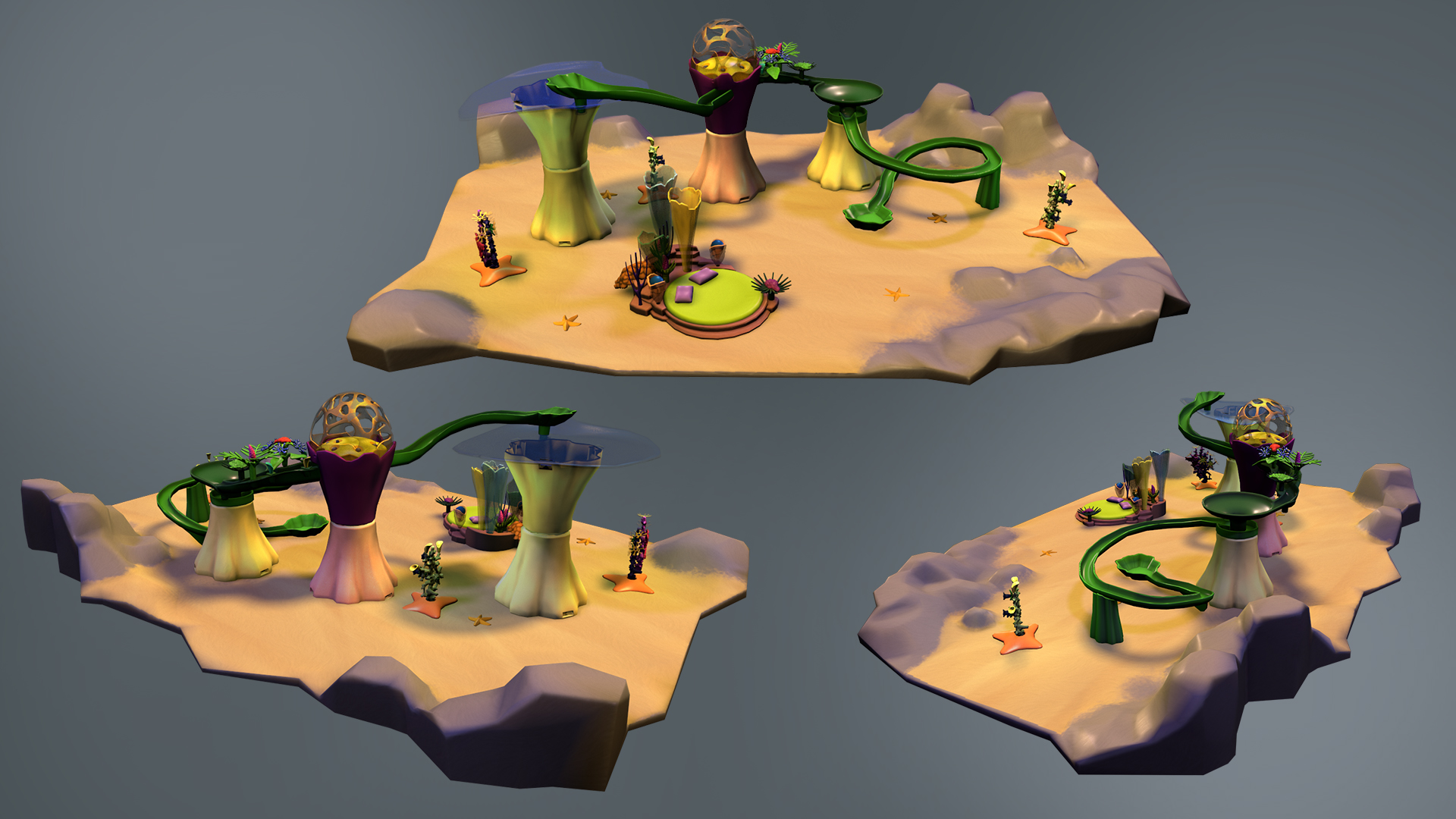 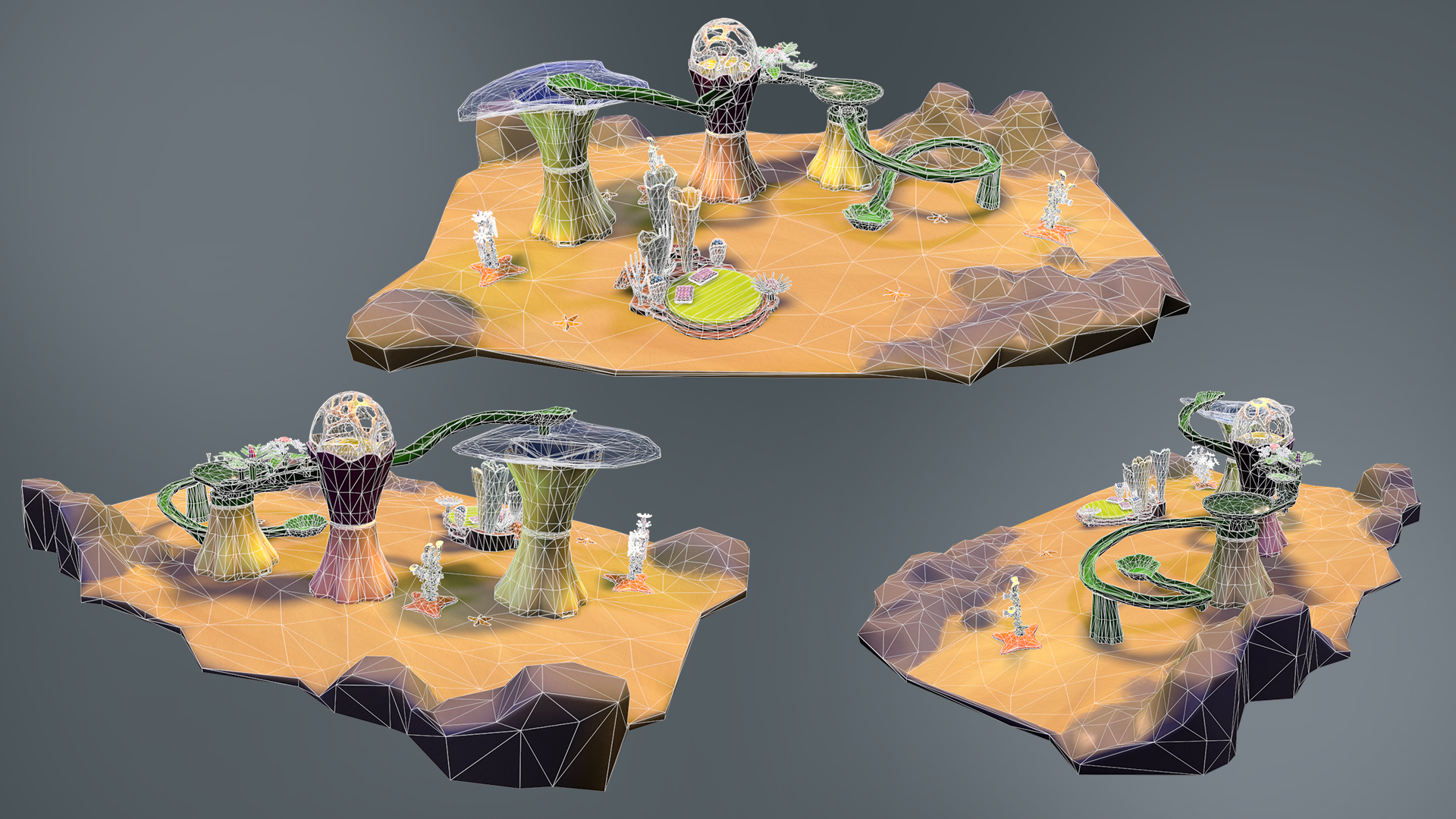 To support the lowest end tier of hardware I always tried to keep the drawcalls below 100 in total and use only baked lightmaps and light probes.
The scene was then handed off to our external programmers to straighten out all my sloppy prototype scripts and implement the scene into our App. Since it was easy to set up in Substance Painter I always created both PBR and Unlit textures with prebaked lighting. The Prebaked lighting wasn't rendered any more it was a Smart Material Setup I only had to adjust in a few angles depending on the model. This came in really handy as it reduced production times drastically as well as allowing me to save PBR material outputs in case we ever nedded them (since the bakes derived from them).
We rarely used anything other than the prebaked lighting in most of our scenes, though. Mostly a mixture between a diffuse prebaked texture ligting and a directional Light for the whole scene.
The caustics are two projectors rotating in opposite directions. 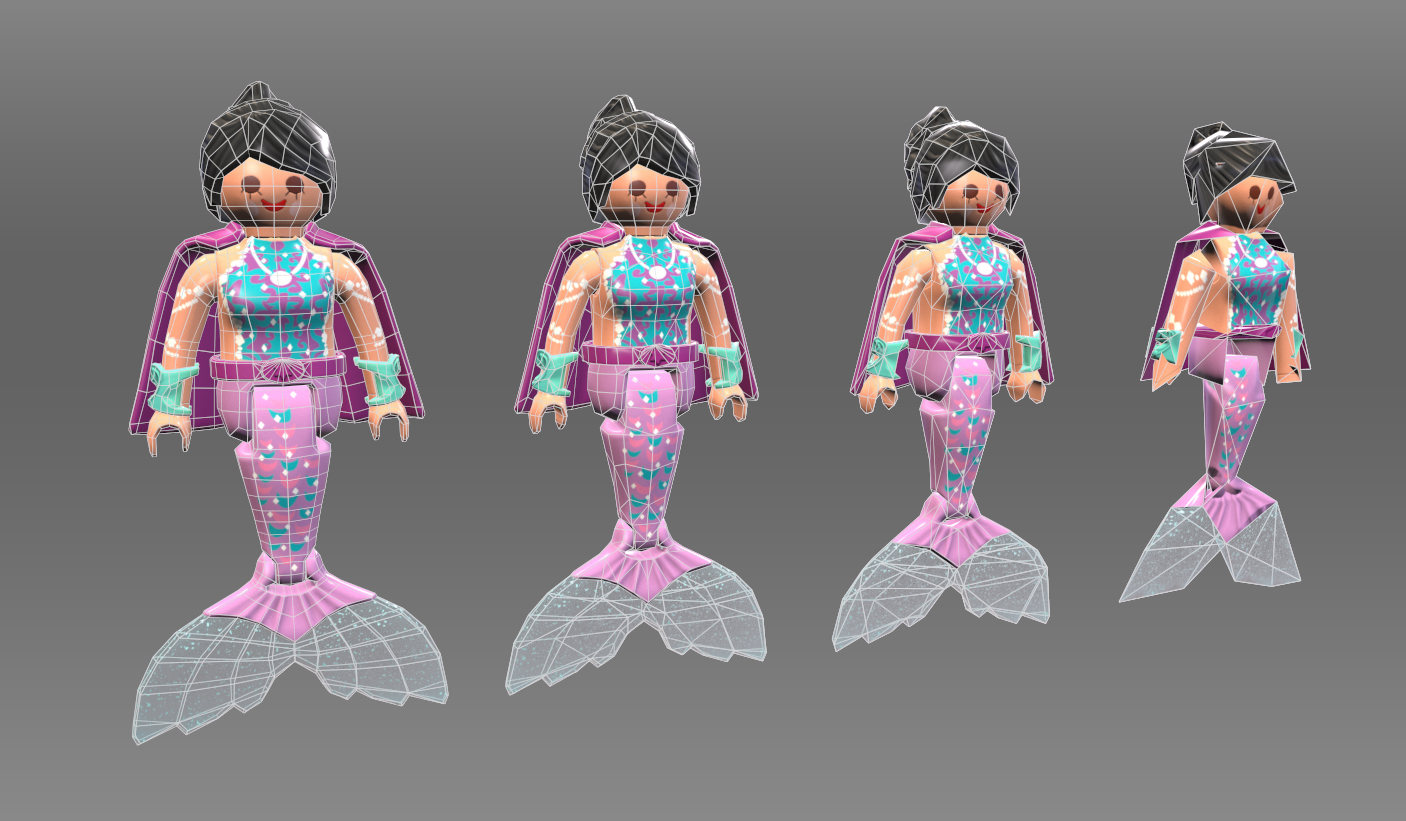 Character meshes always range around 3.000 triangles and use LODs.  The whole scene was always kept at around 50.000 triangles (before LODs).